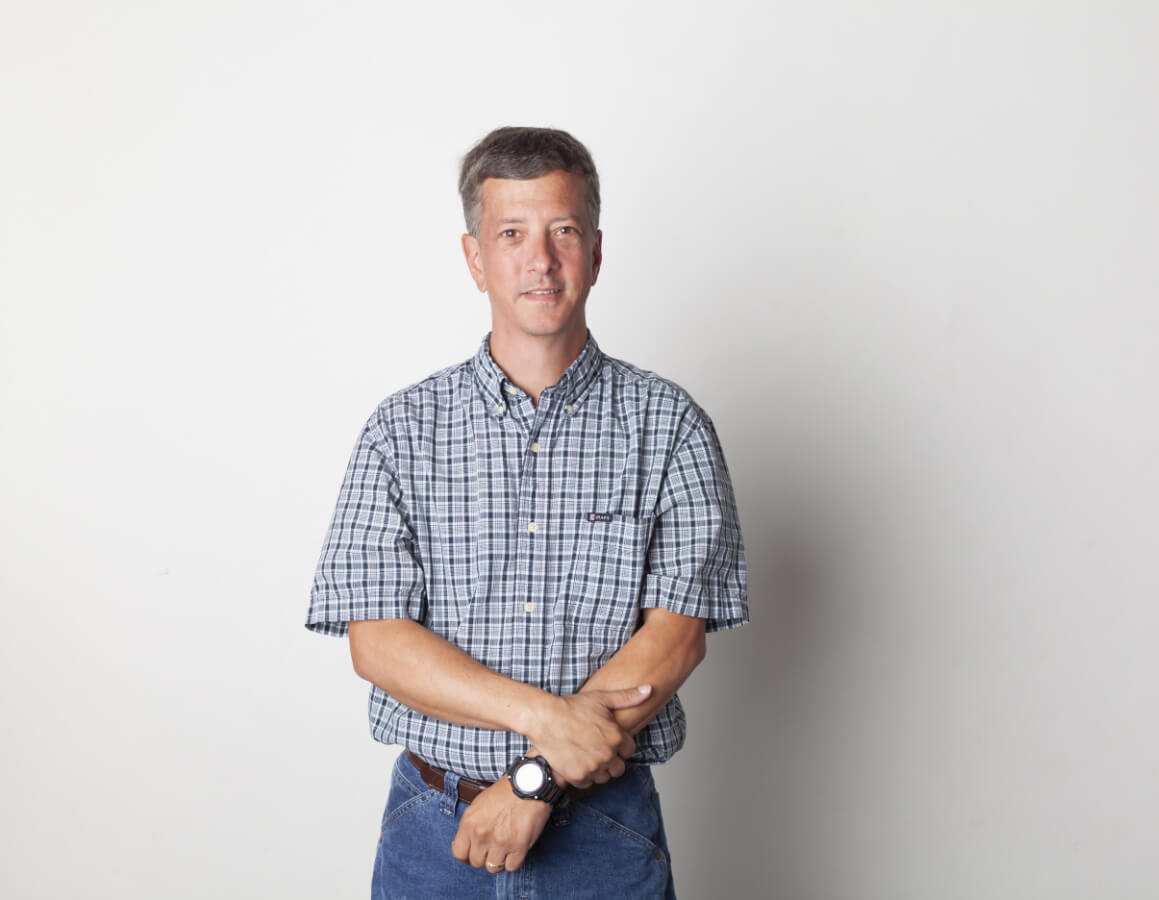 Dave is one of the original Ninjas from when Think Tank first opened many moons ago. After a brief stint away from the company to grow his family (he and wife AnnaLee have a 17-year-old daughter and 6-year-old twin sons!), he decided to come back to the Ninjahood to wield his amazing web and graphics talents once more.

Dave has a bachelor’s degree in music education but soon discovered that he had a love for visual art when he started working as a creative in 2000. He has earned certifications from the University of Missouri St. Louis in web design and animation and also a certificate in desktop publishing from Illinois Central Collage (yes, back in the day!). Dave loves to design artwork for print and creates websites and multi-media animation. He even composes his own soundtracks for his projects!

Dave loves spending time with his family, going camping, and woodworking. He is even a Shriner! (No, he doesn’t ride one of those little cars even though he would like to. Darn, because the Ninjas sure would like to borrow one of those cars!). He plays bugle in the Ainad Drum and Bugle Corps and performs throughout Southern Illinois.

Thinks Spellcheck is the Best: 100%

Cleaning Up Dog Poo Poo Before the Twins Go Play in the Backyard: 2%