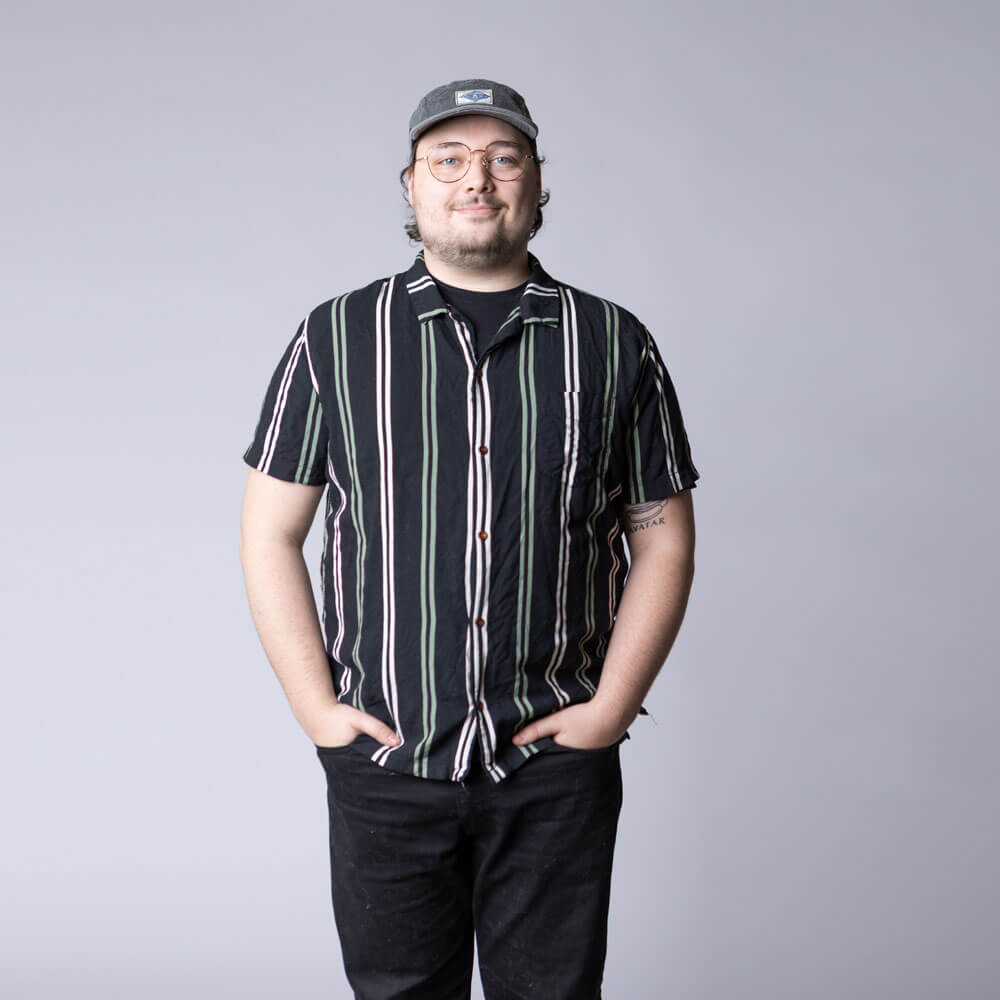 Technically speaking, Lyle is not “employed” at Think Tank. He wandered into the office one day just over a year ago and nobody has told him to leave yet. Fortunately, he’s pretty helpful to have around – he’s been making short films and other video content for nearly a decade now, and graduated from Missouri State University with a degree in Digital Film & Television Production in 2020.

When he’s not roaming the halls of Think Tank uninvited, he is likely digging through trash cans for lost pieces of a shattered interdimensional door, missing a highway exit up to (but not exceeding) 5 times in a row, or having a deeply spiritual conversation with every cat he encounters.

Denial about his anime addiction: 90%

Brainstorming podcast ideas that will never be made: 92%

Pretending to get the band back together: 93%